While the standard Cannon Style 2 is not as accurate as the Super Cannon 2000 family, it is by far the most popular ball cannon in the world. With a velocity repeat-ability of +/- 2 Feet/second (0.6096 Meters/second) at speeds of 140-180 Feet/second (42.67-54.86 Meters/second), the Cannon Style 2 is more than accurate enough for most applications.

The Cannon Style 2 family is the standard for most ball-centric testing, as data for such research generally does not require the fine velocity and position accuracy of an equipment durability test. This cannon is also the first choice for any high-volume testing, when cycle time is a critical factor.

The advantage of the Cannon Style 2 is a cycle time twice as fast as the Super Cannon due to its simpler loading mechanism. And, thanks to ADC’s quick-change barrel design, changing between ball sizes is a snap and can be accomplished in less than 15 minutes. 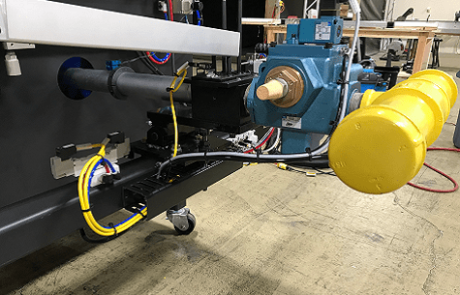 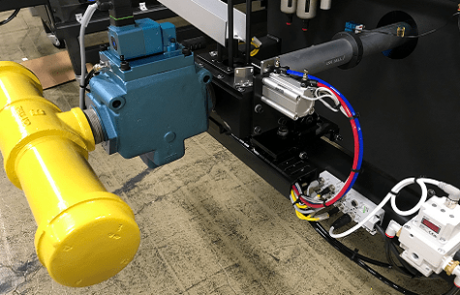 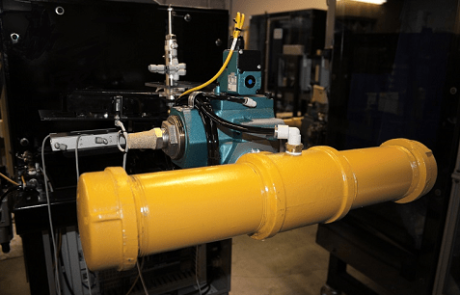 The Cannon II is often mounted to frames intended for automated testing. These systems include:

The Cannon II can be customized to your needs, making it the most popular
ball cannon in the world.